Learning made fun – this Ice Age exhibition takes visitors back in time to discover and learn about our planet’s last glacial period and how our early human ancestors – the ice age people – adapted to this freezing world and co-existed with the creatures of the mega fauna.

Surrounded by this frigid environment, amazing giant fury mammals roam around. The experience is enhanced through their movement and touch, lighting, props and sounds, as well as with interactive activities. This all allows visitor’s imagination to come to life, and truly feel the adventure of this enchanting world, whilst learning about its science, nature and culture.

Our team can help produce a memorable exhibition, providing added-value services in defining the concept and overall experience. 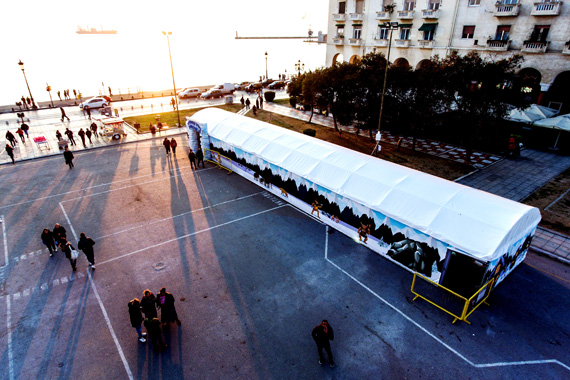 Our team visits the country to better observe and understand local market insights, such as the culture, values, and uncovering what interest and excite children and all visitors most. This forms the basis to help brainstorm and create a unique concept for the Ice Age exhibition.

For instance, story elements and features that help enhance the overall experience. Perhaps a time capsule or wizard welcomes and “transports” visitors back thousands of years to the Ice Age era, where the amazing mega fauna is alive and thriving. This can be an excellent opportunity to set the scene, share some facts and introduce the freezing world of the Ice Age, preparing visitors for the adventure ahead.

Maybe we need to hire actors to support the journey; will the animals walk, and will they roar; will it be a guided tour, or will people simply have the opportunity to stroll and observe in their own pace…? These are just some of the essential questions that need to be addressed.

No doubt, the exhibition’s concept should be exciting, engaging, and most importantly, establish the fantasy. At the same time, it should be educational, with interesting facts and information about the Ice Age and its mega fauna, the general environment, as well as the early humans of Cro-Magnons and Neanderthals and how they co-existed and adapted to this world.

The venue comes to life! Enter the cold world where the mega fauna is flourishing with furry giant creatures.expsection_title 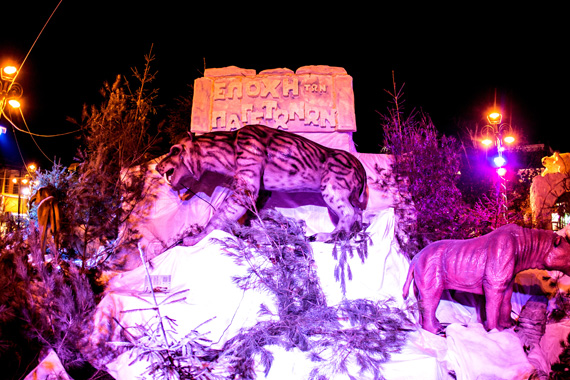 As per the final concept and allocated venue space, the layout of the exhibition can be now determined. This includes the surrounding nature, artificial plant life and the species that help capture the imagination – their prominence and magic, brought to life and excitement by movements and sounds.

The term “mega fauna” derives the ancient Greek word “megas” meaning “large” and the Latin word “fauna” meaning “animal”. During the Ice Age, this term refers to the giant animals that lived in this time, such as the mammoths, mastodons, giant sloths, saber-toothed cat, cave bears, and hairy rhinos, among other. During the Ice Age, there were more of these gigantic mammals than at any other time in Earth’s history.

The Ice Age exhibition presents some of these captivating animals and how they adapted to the extreme cold conditions. Some of the more well-known favourites include the woolly mammoth, equipped with long, curved tusks and a covering of long hair. And the saber-toothed tiger, with its particularly well-developed forelimbs and exceptionally long, slender upper canine teeth, ideal for hunting and precision killing.

Other captivating moving animals are on display in the Ice Age world, always according to the exhibition’s concept/idea. Together with the museum, with tusks and fossils, as well as educational material and activities. Part of this explores the Ice Age people and their story. The early humans that co-existed with the Ice Age mega fauna, adapting to life in the extreme cold environment and tough surroundings, with hunting, migrating, cave dwelling, building shelters, and making warm clothing.

There are many possible components to an Ice Age travelling exhibition that help create an all-encompassing experience.

For instance, bringing the fantasy some structure with a customised script. Then, deciding on how best to deliver and/or support such story elements, i.e. are we hiring student extras or professional actors? What will be their costumes/uniforms? Do we need a mascot at the entrance, which can also then help with wider branding and merchandising? Also, is a palaeontologist needed to make it a lot more academic?

All of the above elements, among other, are specifically designed for each exhibition, ensuring visitors have a unique and memorable experience. 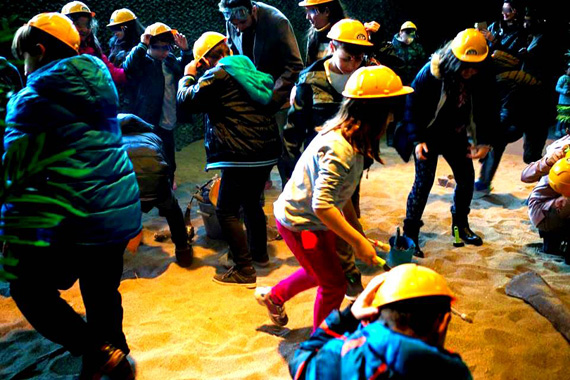 Children (and adults) learn much better with hands-on activities.

The Ice Age exhibition can be developed with a series of themed activities that stimulate interaction and empirical learning. These elements make the overall experience dynamic and educational.

These activities can be scattered throughout the park, and designed according to the available space, location, and given market/audience. Some might include the ultimate excavation experience, where visitors must uncover hidden Ice Age treasures such as bones and fossils, or drawing and crafting activities, among many other options.

Indeed, learning from action is a great way to bring the fantasy back to reality.

Our exhibitions are made for enjoyment, but also to ensure business goals are met.expsection_title 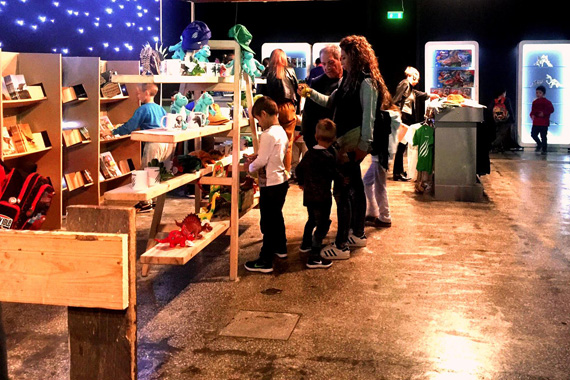 We understand that from a client’s business or organisational perspective, exhibitions must be sustainable and provide good financial return. As such, the exhibition and our associated services are designed with this in mind, ensuring maximum opportunities and success rates.

This ranges from concept and branding, to support with developing additional revenue streams. For instance, visitors can take the opportunity to zone into various attractions and experiential selling points, all of which are also tailored to the exhibition’s concept.

All of the above attractions and selling points, among other, are designed to enhance the visitor’s experience, but also to provide maximum return on investment.